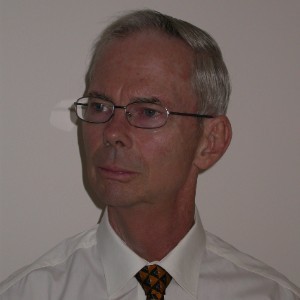 In Memory of Richard Rogerson Hield

By The Hield Family with Love

In Support of an Honourable Cause

Richard was very fortunate to be accepted as a patient of Prof. Chris O’Brien when he first got sick with head & neck cancer in 2005.
Even though Prof. O’Brien was a head & neck cancer surgeon, he & his team assessed that Richard’s best chances of maintaining his quality of life was to have radiation and chemotherapy treatment at the Peter McCallum Cancer Centre in Melbourne. Richard was very grateful to Prof. O’Brien for facilitating his treatment as it left him with a smaller degree of side effects than he would otherwise have suffered if he had taken the surgery route.
After his experience, Richard became involved in Prof. O’Brien’s fund-raising activities for the short period before his doctor stepped down from his clinical, administrative & funding raising activities due to his own prevailing health issues. Richard’s care was then taken over by Prof. Chris Milross.
Richard was very excited when he heard about Prof. O’Brien’s plans to promote the construction of an integrated cancer centre. During his own cancer treatment, he had found the complementary therapies of acupuncture and Chinese herbs played an important role in strengthening his immune system and reducing the side effects of his treatment.
Of all the charities which Richard donated to, he was most passionate about making contributions to Lifehouse. As a cancer survivor (over the last 16 years Richard fought and survived throat, prostate, bladder and tongue cancer) he got a great deal of satisfaction in being able to help others through a similar situation by purchasing specific pieces of equipment needed by the Head & Neck unit within Lifehouse.
To honor Richard’s memory, and to give back to those that treated him, his family ask that in lieu of flowers and wreaths, a donation be made to Chris O’Brien Lifehouse.

Thank you to my Sponsors

Dear Serena, Bianca and Richard James, we will treasure our memories of Uncle Richard. He always told us interesting tales from his travels and shared his passionate and deeply intellectual views on many topics. He was generous, caring and kind. We will miss him very much. Love Tem, Shirley, Matt, Pat and Caitlin

To our cherished best friend, may he now Rest In peace and may all the stars be above him

Rest softly Richard all our love Hans and Bertine

Richard will always in my heart!

Richard was an amazing man. He was always there for the family and picnics! With love and remembrance, Lester & Nicole.

Our condolences to you and your family. Please let us know if there is anything we can do for you. Take care.

Our deepest sympathies are with you. Sending everyone at home love and strength.

My condolences to you and your family. With all our love and peace. I don't know Richard personally but I knew him through his daughter's Bianca with her great manners....

My condolences to you and your family.

With all our love Christine, Matt, Charlotte, Josephine and Toby

With all our love. My condolences to you and your family.