Jumping for joy (and a Guinness World Record)

In October 2020, 12-year-old Lachlan McIntrye took on the world record for the most consecutive pogo stick jumps - with no hands - to raise funds for Chris O'Brien Lifehouse.

This wasn't the first time Lachlan had faced this challenge. He held the previous world record of 6,100 jumps in 2019.

Lachlan admits that setting world records for pogoing hasn’t been easy. Given a pogo stick as a gift at the age of seven by his grandmother, Lachlan had to put in a lot of hours of practice reach this phenomenal achievement.

“The day I got my pogo stick, I spent two hours out the back of my house, getting on, and promptly falling back off. The same thing happened on the second day. But as I kept practising, I gradually improved, until I was pogoing to school every day!” says Lachlan.

What’s more amazing than taking on his own world record? He’s doing it all to raise money for Chris O’Brien Lifehouse.

“Last year when I broke the record, my friend Siobhan kindly volunteered to be one of the judges. About 2 months ago, Siobhan was diagnosed with ovarian cancer, and is currently being treated at Lifehouse. I wanted to support the valued work that Chris O’Brien Lifehouse does.”

When asked at the time if he was confident in surpassing his own world record, Lachlan didn’t flinch.  “I am fairly confident that I can beat my own record, as I have done so a few times in practise. However I will only have one opportunity on the day, so one mistake and that could be it!”

On the day, Lachlan smashed his goal, nearly doubling his previous record. But his biggest focus was what he could do for patients at Chris O’Brien Lifehouse during a particularly challenging year.

“I know 2020 has been difficult for everyone, but it has been especially difficult for people with cancer. I’m grateful to everyone who helped me to raise funds for this very worthy cause.”

We’re super stoked about the tremendous efforts of Lachlan and his family and friends. 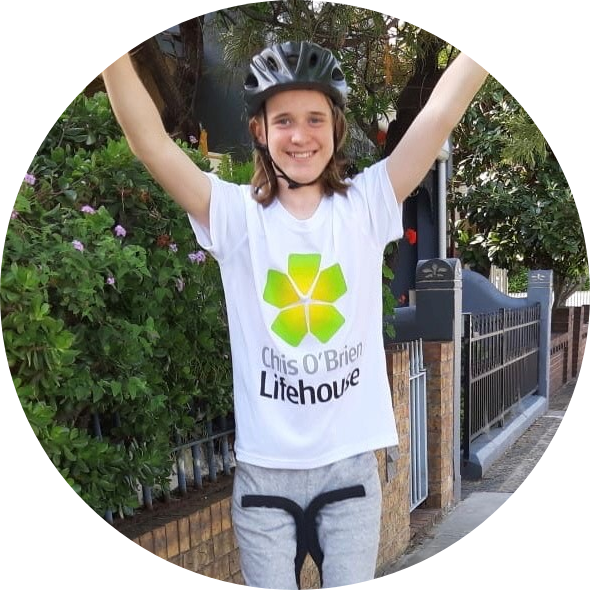