Going hairless in
memory of a mate

Joel Shannahan and his friends Max, Harry and Jordan, came together in 2018 to lose their locks and raise funds for Chris O’Brien Lifehouse.

Cancer treatment is a cause that hits close to home for this young group of friends. Earlier that year, their friend Dylan Butler passed away from advanced metastatic testicular cancer

Dylan received the unexpected news in 2017, after seeking medical treatment for back pain which he thought was work-related. By the time he received his diagnosis, his cancer had spread to his lungs, lymph nodes and brain.

After undergoing a variety of chemotherapies, radiation therapy and surgery as well as stem cell treatments, Dylan sadly passed away at home in 2018 with his friends by his side.

The four friends decided to honour Dylan’s memory and raise funds for Chris O’Brien Lifehouse by hosting a four-person head shave extravaganza at the Shannahan home.

“We have driverless cars, air-mail dropped by drones and helicopter taxi services. Every day, however, we lose special lives to the unforgiving disease of cancer,” the boys stated on their fundraising page.

The event was an incredible success, raising a massive $30,000 for Chris O’Brien Lifehouse.

Says Joel: “It was an overwhelming effort by all of our friends and family and speaks wonders of the community we are humbled to be a part of.”

Joel, Max, Harry and Jordan – we are so grateful for your support! 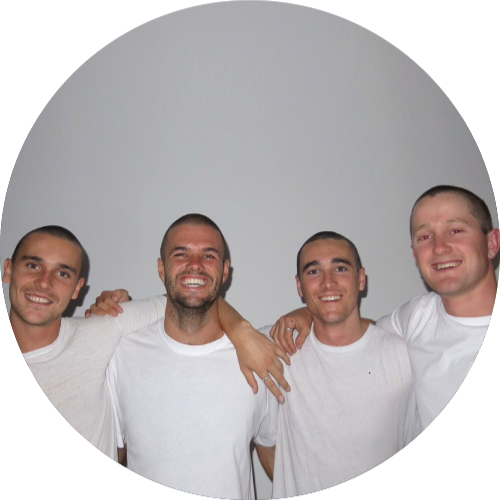