“We never say we’re going to the hospital, we talk about going to Lifehouse, and I think that makes a big difference both mentally and psychologically.”

Just before Christmas in 2013, Mark and Rita Pezzano’s world was torn apart when Mark was given the news that he had stage 4 lung cancer. He was 39 years old, and had never smoked.

To support her husband, Rita began community fundraising in 2014 with the Ride to Conquer Cancer – a then-annual ride raising funds for the yet-to-be-built Chris O’Brien Lifehouse. After months training, Rita rode the gruelling 200km in two days, with Mark riding alongside her for the last 50km.

“The ride was hard work, but incredibly rewarding,” says Rita. “Everyone rallied around us so we were able to raise quite a lot of money that year.”

In 2015, Mark ceased working as a lawyer when the cancer metastasized to his brain. The same year, Rita rode again and their team raised over $100,000 for the build of Chris O’Brien Lifehouse.

Mark is still receiving treatment for his cancer, and the couple continue to show their support by hosting numerous fundraising events from their home. One such event is an annual fundraiser in the month of December which sees them join with their neighbours to transform the entire cul-de-sac into a galaxy of twinkling fairy lights.

“Everyone gets involved,” says Rita. “Some people do an amazing job. Even those who didn’t have lights on before will now at least string a couple.”

“At Lifehouse, everyone is always friendly, helpful and loving. That’s certainly why we do it.”

We would like to thank Mark and Rita for their incredible support. 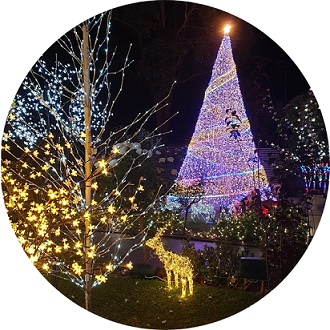 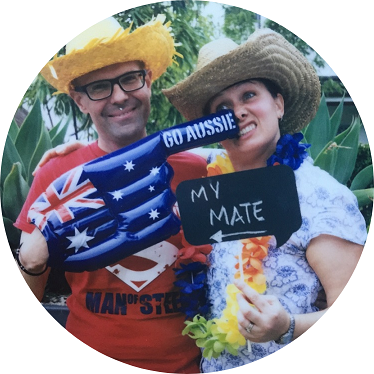