Rosemary Zamberlan and
the annual "Girl's Night Out"

Cancer care is a cause close to Rosemary Zamberlan’s heart.

Over the past nine years, the energetic high school teacher has been diagnosed with both renal and endometrial cancer. She was treated at Chris O’Brien Lifehouse, where the care she received compelled her to give back.

“Everyone at Lifehouse was just so supportive. The communication between my doctors was incredible,” says Rosemary, who underwent genetic testing at Lifehouse that determined her renal cancer was genetic. She was then able to warn her family members overseas.

“I was really made to feel so supported. Even now, they still answer my hundred-and-one questions.”

As a way of giving back, Rosemary has been organising annual fundraising dinners each year, for the past seven years.

Due to restrictions in 2020, the most recent Girls' Night Out was held in November 2019 at the Castelmola Pizzeria in Leichhardt, where a 50-strong crowd of women raised over $4000 in total.

“Half the room had been personally affected by cancer, so the work Lifehouse is doing really did impact every woman in the room in some way,” says Rosemary.

“Not everyone knows each other at the start of the night, but it’s such a friendly environment. Everyone moves around and talks to each other.

“It’s about women getting together, supporting women and supporting Chris O’Brien Lifehouse.”

Thank you so much Rosemary for your amazing support! 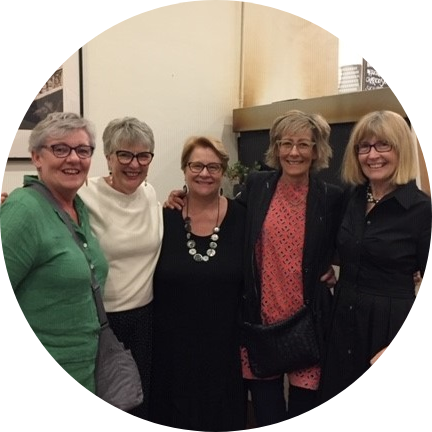