In 2019, Upper Hunter brother and sister Lauren and Ben Taylor paddled an incredible 500km along the Hunter River in their kayaks to raise funds for Chris O’Brien Lifehouse.

The Taylor’s Maiden Voyage was undertaken in honour of the pair’s mother, Diane Taylor, who was treated for cancer at Chris O’Brien Lifehouse, and sadly passed away in 2018.

Over 15 days, 450km and more than 100 hours of walking and kayaking, the siblings made their way from the Barrington Tops to Newcastle, passing the finish line on the one-year anniversary of their mother’s passing.

The maiden voyage threw up a number of challenges including strong winds, currents and tides, snakes and swooping birds, and over 130 fences to navigate. The pair also encountered large sections where the river had dried, and were forced at one point to drag their kayaks for approximately fifty kilometers.

Lauren, Ben and their father Garry decided to raise funds for Chris O’Brien Lifehouse as a way of saying thank you for the excellent care their mother received while undergoing two clinical trials at the centre.

“The nurses, doctors and staff were always incredibly friendly,” said Gary, “they made Diane feel at ease the many, many times we had to visit the hospital.”

Lauren said that she was blown away by the support the family had received in the lead up, and during the paddle. The Taylors set a challenging fundraising goal of $25,000, yet ended up raising nearly $50,000.

“We’re so happy that we were able to smash our fundraising goal,” said Lauren. “Chris O’Brien Lifehouse is such an amazing organization and we know that this money will go towards helping those people diagnosed with cancer and their families, and providing hope that one day we will find a cure.”

Ben, Lauren and Garry, we are so incredibly grateful for your efforts. 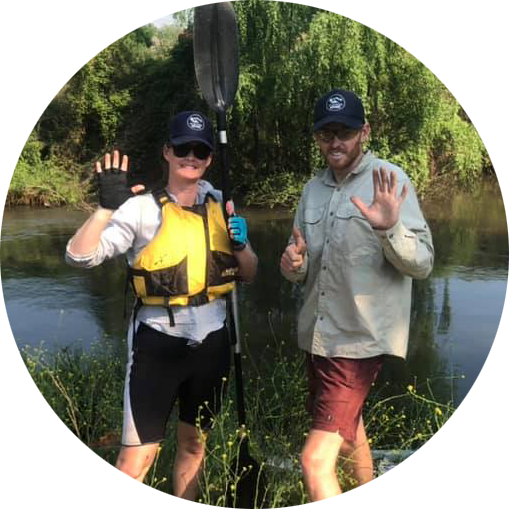